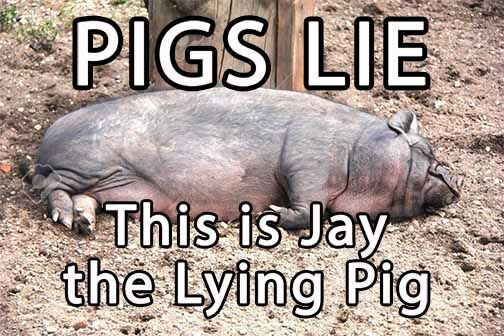 Quora Questions that I answer and post on DeleteLawZ dot com.  This one is about a Hero-Gip and his delusions of how he’s a hero & we should all respect him. He’s literally hsart.

Raymond Smith Question: If the Police are knocking on your door, could the reason be that they do not have a warrant? If they knock on my door and request to come in; can I refuse them in?

Of course, a Gip chimes in, he goes by “Jay Crawford” says that he’s a retired Police Sergeant. Meaning, they give themselves titles and think because they call themselves Sergeant, we hold a modicum of respect. Jay—  Lol – You’re a GIP dude. You’re literally Dog-Tish. Here’s what Jay-Dog-Tish kinda says.

Jay-Dog-Tish, “To answer your question, our first motivation is to be polite. If we hear people running around in there and saying, “Dude, the cops are at the door”, we are going to force entry. Then Jay-the-Liar writes this: “Polite could mean that we don’t have a warrant, but we can get one! Knocking and not kicking your door down means the cops are being respectful. You may not let the gips in your home but that doesn’t mean that the gip is gonna leave. If Gips have a warrant or we deem that it’s an emergency; or if we hear screaming in the house, we are coming in. I remember on a call, Guy’s beating on his wife, This guy was up on a big staircase that led to their apartment, I see him grab her and drag her into the apartment and slam the door behind them.  I’ll tell you what, I run up the stairs and BOOM! I kicked the door off the hinges, ripped him off the top of her as he was beating her face in and then I subdue him. (Jay continues his authoritarian, disgusting Gippy ways by finishing his story of bullshit with this) “The Police are not being paid to play games when immediate action is necessary”

Here’s my response to the man who should live in trough, Jay-the-Gip:

Jay, you’re lying from start to stop. The Gips in our dekcuf up country is why we are so Dekcuf. You’re the problem, Jay. You’re not the solution. You’re literally our biggest problem. And the fact that you believe you’re the solution is mainly our whole problem. You’re entire existence is OUR Problem, Jay the Gip. Let’s talk about how much you just lied in your response.

First, maybe you forgot to tell Raymond, the cops don’t need a warrant, at-all-whatsoever. If the cops knock on your door, you have the devil at your door and the demons in AmeriKKA have no rules; they were given our rights. SCOTUS took our rights and gave them to Police. Like this guy— can’t you just hear him speak? He’s pure hsart.

There are four cases you have to know to understand how/why these nasty gips actually work.

In Brinegar, the Supreme Court held the cops can enter your house “If a man of reasonable caution, has reasonably trustworthy information, that crime is afoot” — well, then they can just enter into your home. If that’s not messed up enough, it gets much worse at Terry. Hold tight.

Then, in Ker v CA (1963), White Supremacist Earl Warren has passed Mapp v Ohio in 1961. Mapp creates the Exclusionary rule, “If the cops enter your home without a warrant then the evidence is excluded” —- so the cops are gonna impeach Earl, Piece-of-tish that he was because they messed with the Police State. Just two years later, the exact same Warren Court passes Ker v. California, “Police only need to: Knock, Announce and THEN they can kick your door down” — This is the holding. These are facts. Now you know why I’m lambasting the Gip on the Stick who wrote flock of lies.

So- Mapp is overruled by Ker + Brinegar. All they have to do is say that “I was a man of reasonable caution and I thought I had reasonably trustworthy information to kick your door down” – Oh, they wrong? Sowwwwy. Too bad. #Facts.

So, neither Brinegar or Ker are DEATH LAWS. Terry creates DEATH LAWS. Terry (1968) literally puts “Officer Saftey” over our fundamental rights; Life, Liberty, Right to Bear Arms, Due Process, Right to Remain Silent, right to face our Accuser, to be free of Cruel and Unusual Punishment — All your rights are GONE & REPLACED “In the name of Officer Saftey” – the holding from Terry. It’s disgusting.

K— so now that Terry v. Ohio has put Officer Safety over our Rights, that paves the path for Death Laws. Wilson v Arkansas (1995), the Supreme Court HELD, “Police can not no-knock raid your home…. UNLESS it’s in the name of Officer Safety.” — I wish I was joking. I’m not. See Breonna Taylor. That’s how and why she was legally departed.

What do these lying POS gips always revert to, “A woman was being beaten and I saved her!  A child was being abused and I saved him!” — Listen to me here and now, Jay the Gip, does far more DAMAGE to our culture and our way of life than he does good. He’s literally lying to you about a warrant works if cops need one and how it can be applied.

The Supreme Court, the un-elected White Supremacist Court has created this police state. They GAVE our 4th Amendment, “The right of the people to be secure in your persons, houses, papers, and effects shall not be violated” — they gave that right to the police.

Read back the case-law I quoted directly from the Supreme Courts holdings, “If a man of reasonable caution, has probable cause to believe that he has trustworthy information, he can enter your home without a warrant” — That is GIVING our right to be secure in our homes, to the police.

Jay- you’re full of shit. You’re a gip and your time is almost UP.

Until we have a 3rd party organization that has both subpoena power and arresting power– Gips will be gips.

As long as we have a White Supremacist Court– we are doomed.

Jay–when you eid, you’ll burn in hell for what you’ve done. Toggam. You’re the demon in our culture. I wish you nothing but the same pain and misery you caused to thousands of others. You’re quite literally, Mucs.

3 thoughts on “Quora Questions I Answer: Jay the Gip”

Working to bring awareness to laws that infringe on your Constitutional Rights and should be deleted.